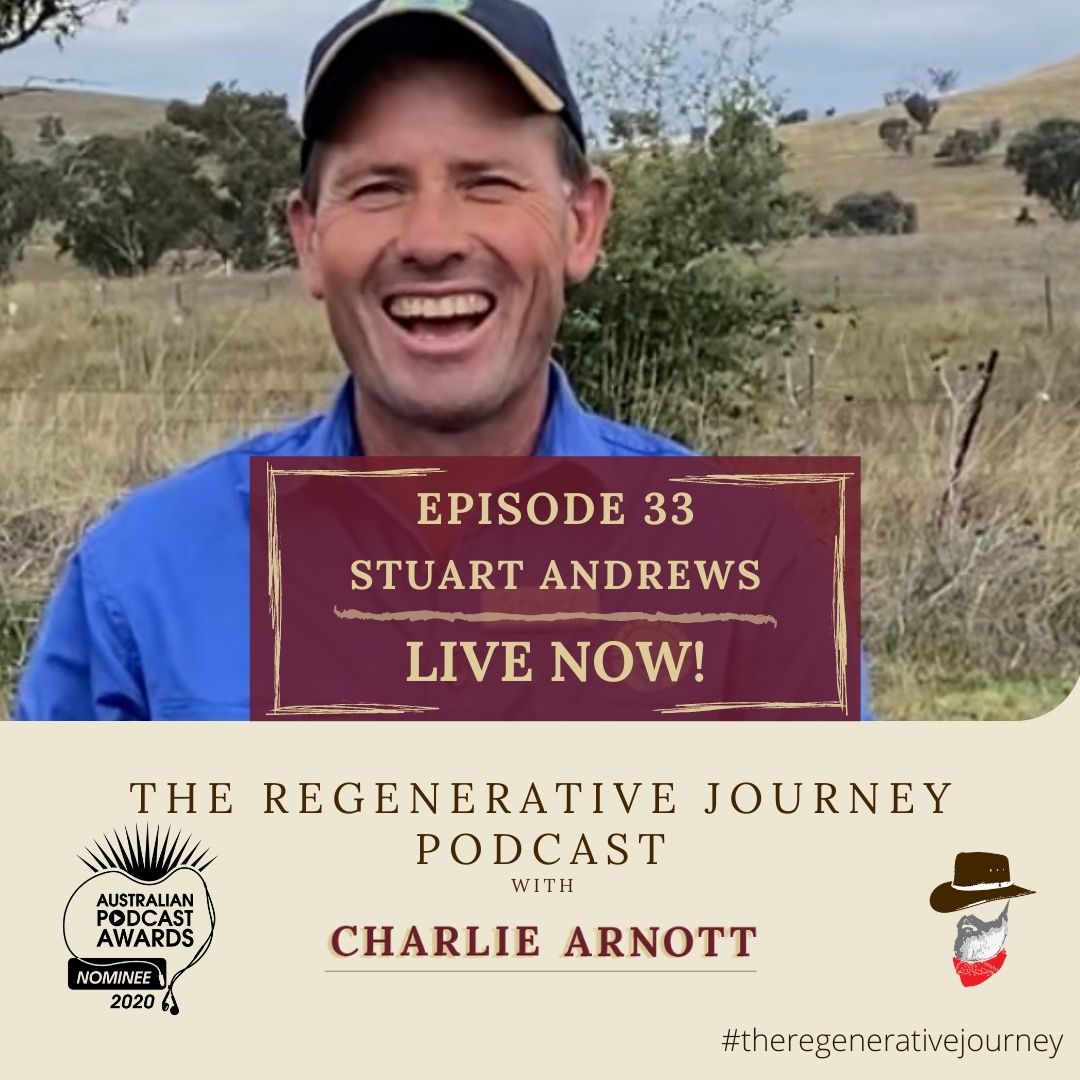 Charlie caught up with Stuart Andrews, the son of the founder of Natural Sequence Farming (NSF) Peters Andrews, the day after Stuart had completed a 4 day NSF training workshops at Charlie’s farm Hanaminno. Stuart is an incredibly open and honest man, and he left few stones unturned in taking Charlie thought the fascinating and often turbulent life as the son of Peter Andrews, the legacy Peter has left, and the continuation of his fathers life work.

Stuart believes that we can never bring our landscape back to how it was, but we can rebuild the function it once had | Stuart describes the current Australian landscape like a dis-hevelled dinosaur skeleton, that we need to piece back together to restore landscape function | Peter’s teaching style was challenging | Stuart was growing up on their farm Tarwyn Park under Peter’s management,  whilst Peter was still figuring out the principles of Natural Sequence Farming | Stuart left school at 15, and it’s not so much that he hated school but he  loved the farm more |  Tarwyn Park was a thoroughbred stud running large herds of horses, a very different management style to conventional studs | With Peter’s focus on understanding, experimenting and developing the NSF principles, and not on the horse business, meeting the financial needs of the farm was challenging when Stuart was in his late teens | The horses were his test case, using these sensitive creatures in the landscape to test his theories | The bank repossessed the farm in 1994 for 6 weeks before Peter managed to secure a Research and Development grant which secured the property again from the bank for another couple of years | The bank came knocking on the door again in 1998 and Stuart sort finance to take over the properties and the debt. Peter refused to hand over property, however he finally did release the property and the horse business to Stuart | Stuart agreed with Peter that he could continue to do NSF work on Tarwyn Park | A visit from the then deputy Prime Minister John Anderson validated on a public & national stage the work Peter had been doing | In 2010 coal miners started to take interest in the Bylong Valley area and for 3 years the Andrews family battled with the miners, then eventually chose to sell – as the threat of being surrounded by the mine was greater than any desire to stay, fight and then put up with that situation | There have been many benefits to landscape of miners ‘locking up’ the country in the Bylong Valley they bought | In 2012 Stuart ran his first NSF training program | His family now live on one of their farms on SE Queensland – Forage Farms, and produce meat chickens, eggs and pork, inspired by Joel Salatin of Polyface Farm | Stuart believes we have created a massive drainage system in our landscape, and we must break this paradigm of how to manage water effectively if we are to restore its function and our farms |