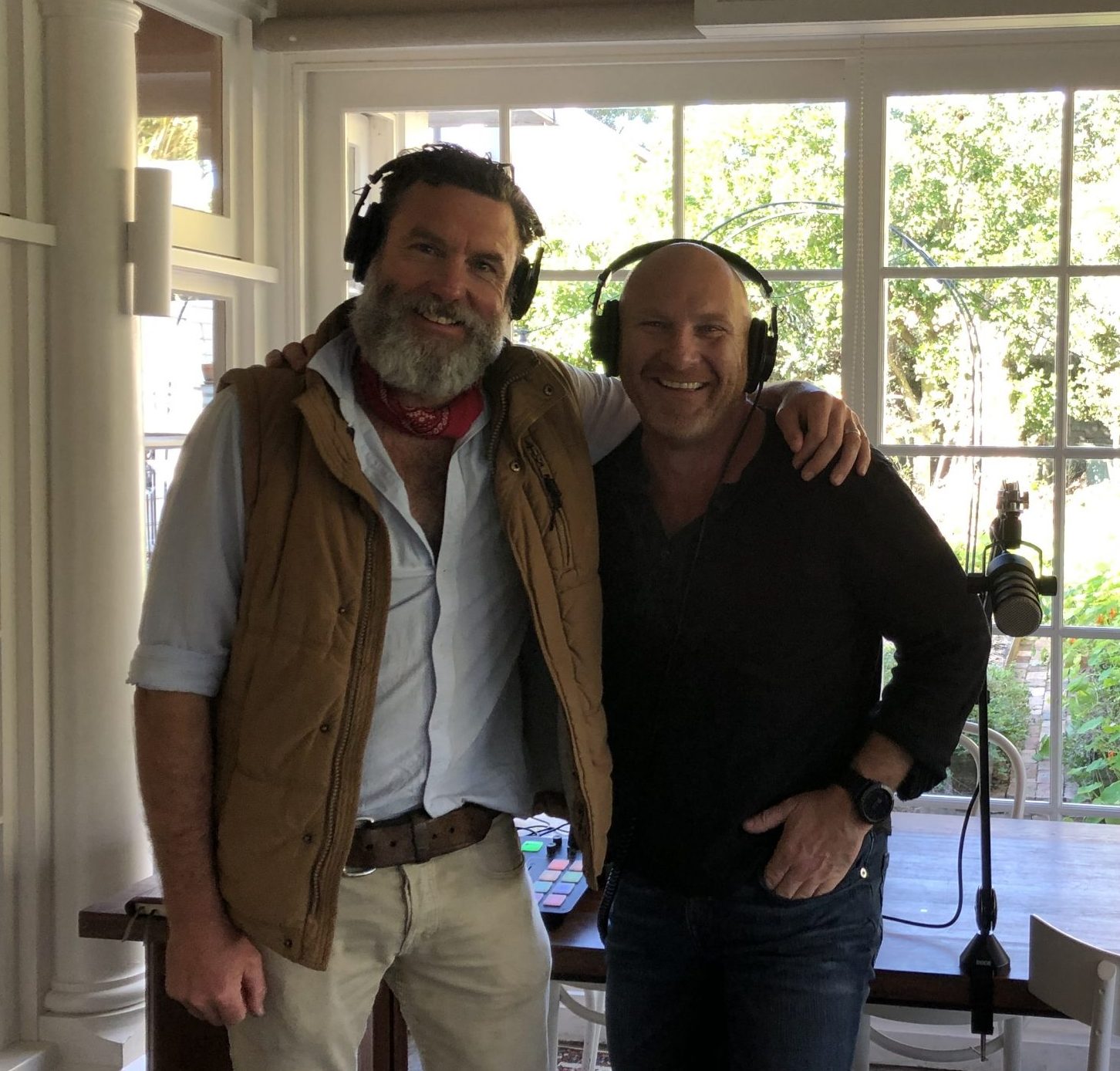 In this episode Charlie chats with his good friend Matt Moran.

Charlie sat with Matt Moran in his restaurant ‘Chiswick’ in Sydney overlooking his kitchen garden from which herbs and vegetables are harvested to supplement the dishes prepared in the kitchen. It’s a great example of Matt’s dedication to seasonality, accountability and authenticity in cooking, and highlights his connection to the source of his produce and the farmers which produce it. And being a farmer himself he has kept his feet firmly on the ground despite his successes and critical acclaim.

Chiswick, the restaurant Charlie interviewed Matt in, has a rich history, is one of the oldest restaurants in Sydney and was originally a soup kitchen for navy personnel | The Kitchen garden at Chiswick makes its chefs accountable for what’s in season and on the menu | Covid has bought out the best and the worst in people | Matt grew up near Tamworth in the mid 70s then moved to western suburbs of Sydney and still had connections to farming through his family’s farm at Taralga | Matt’s interest in food started in the home economics class at high school because there were 18 girls and only 2 boys in the class! | Started his career in the kitchen at Parramatta RSL | Searched for work in kitchens during early year 11 | First apprenticeship at La Belle Helene French fine dining in Roseville with Chef Michael de Laurence | He loved his work and was besotted with food | La belle Helene cooking technique and refinement | Matt’s appreciation of quality was developed at Matt’s second job, at The Restaurant Manfredi – he learnt about the importance of quality produce | His first restaurant was The Paddington Inn 1991 and first chefs hat at age 23 in the same year | One of his secrets to success was to surrounded himself with people smarter than him | He opened ‘Moran’s’ in 1995 & various others before opening his signature restaurant Aria | Turning point was decision to expand to give others (his staff and associates) the opportunity to develop their skills and opportunities | Bruce Solomon is his business partner. It was important to bring different skills to the table. And brings a customers (Non chef) perspective | High stress industry that has a history of suicide | Legacy of working long hours and lack of support. Culture of perfectionism and ‘don’t share your troubles’ | More openness and support now | Rates of suicide and history is similar to farming world | Planning to build farm stay accommodation at his farm near Thurstan similar to Kimo Estate farm stay near Gundagai | Olive oil is best for flavouring not cooking, grape seed best for cooking! | Definitely rest steaks before serving! | Advice for chefs. Don’t do it for the fame and glory. Do it because you’re passionate about it. Do what you love and you’ll never work a day in your life | Matt is a Thankful4farmers ambassador – it’s a charity raising funds through product partnerships to then grant funds to regenerative farmers and associated businesses to promote the uptake of technology, regenerative practices, and enhance community and farming family well being | Matt is a judge of the delicious produce awards | Australia has the best produce in world. Chefs and customers are spoilt for choice and variety of seed stock, such as the variety of heirloom seeds at Diggers gardening club | Whilst the industry is very competitive, chefs are very respectful, supportive and friendly to each other | If Matt could put a billboard near a highway for all to see, he would have the message ‘Be Kind’ on it…

Thankful4Farmers – Matt is an ambassador

Straight from the Source – an online platform where you can search, explore and connect with the source of your produce.