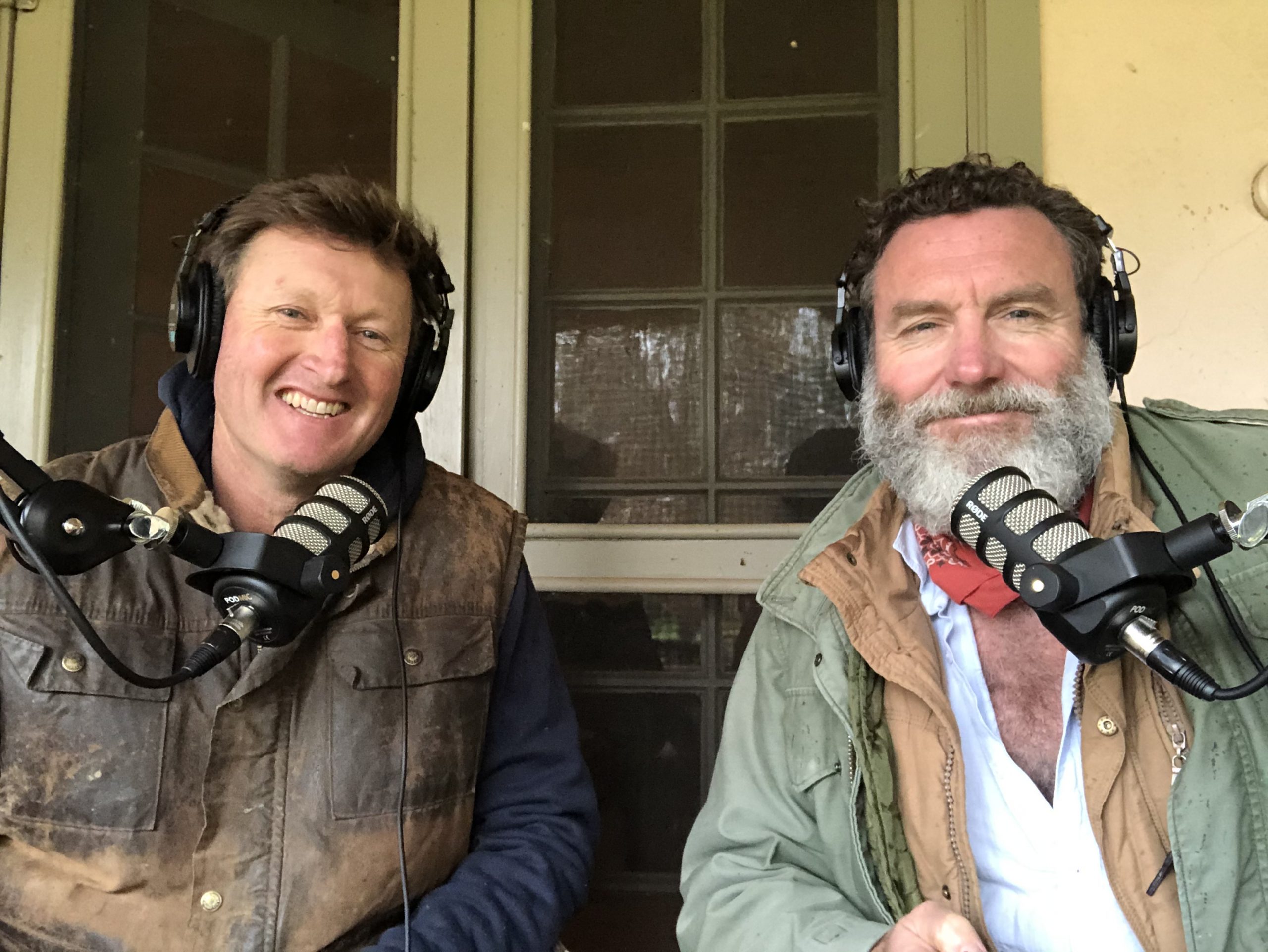 In this episode chats with Mick Wettenhall.

Charlie caught up with Mick Wettenhall at his property ‘Weemabah’ at Trangie, NSW to dig into his own regenerative journey. Mick most recently has been progressing research into a little know fungi that has an enormous capacity to sequester carbon in the soil. Mick would rather see an agricultural evolution than an agricultural revolution, highlighting that if we are to support the adoption of regenerative practices it needs to be ‘adaptable’ to their current farming situations.

Mick is an ex-saddle bronc rider | ‘Agriculture needs to be an evolution not a revolution’ | He was conventional farming at Trangie back in early 2000 | Mick highlights the situation agriculture and the human race is in, that of the ‘Frog boiling in the pot’, the environment and human health is in decline and we are not noticing the rapid decline in both | Mick is farming multi species forage crops and cattle now from a conventional mixed farming and cotton operation prior to him taking over management from his father in-law | The potential to build soil carbon is enormous | The environment is subsiding the cost of food |Family succession was managed by Micks father in law very well, which is not always the experience of farming families | Mick was inspired by a presentation by Tim Flannery in 2006 on climate change | The catalyst for the creation of Soil C Quest was at the Carbon Conference Dubbo 2013 with Mick’s good mate Guy Webb | Peter McGee was the microbiologist who had discovered the particular fungi that Soil C Quest are furthering the research on to sequest significant amounts of Carbon in soil | Carbon is lost to the environment when in the presence of air or water | Carbon found in a micro aggregate was determined to be put in there by fungi and consequent research identified that the fungi could increase C levels by 17 times in 10 weeks in this particular case | melanised endophytic fungi | How do we get main stream agriculture to adopt practices to sequestrate Carbon | Soil C Quest (NFP) is developing an Endophytic innoculum seed dressing | The Soil C Quest big break came when Mick was interviewed on the BBC | Horizons ventures become interested and are now the lead investor | Soil Carbon Company created to develop the product The seed application product is applicable to grazing systems and however needs more research required.

Grassroots video – A story about farmers, the soils they work and a piece of powerful knowledge that nearly slipped through their fingers. Grassroots follows Guy Webb and his friends, unlikely heroes on a quest to bring a genuine climate change solution to the world.