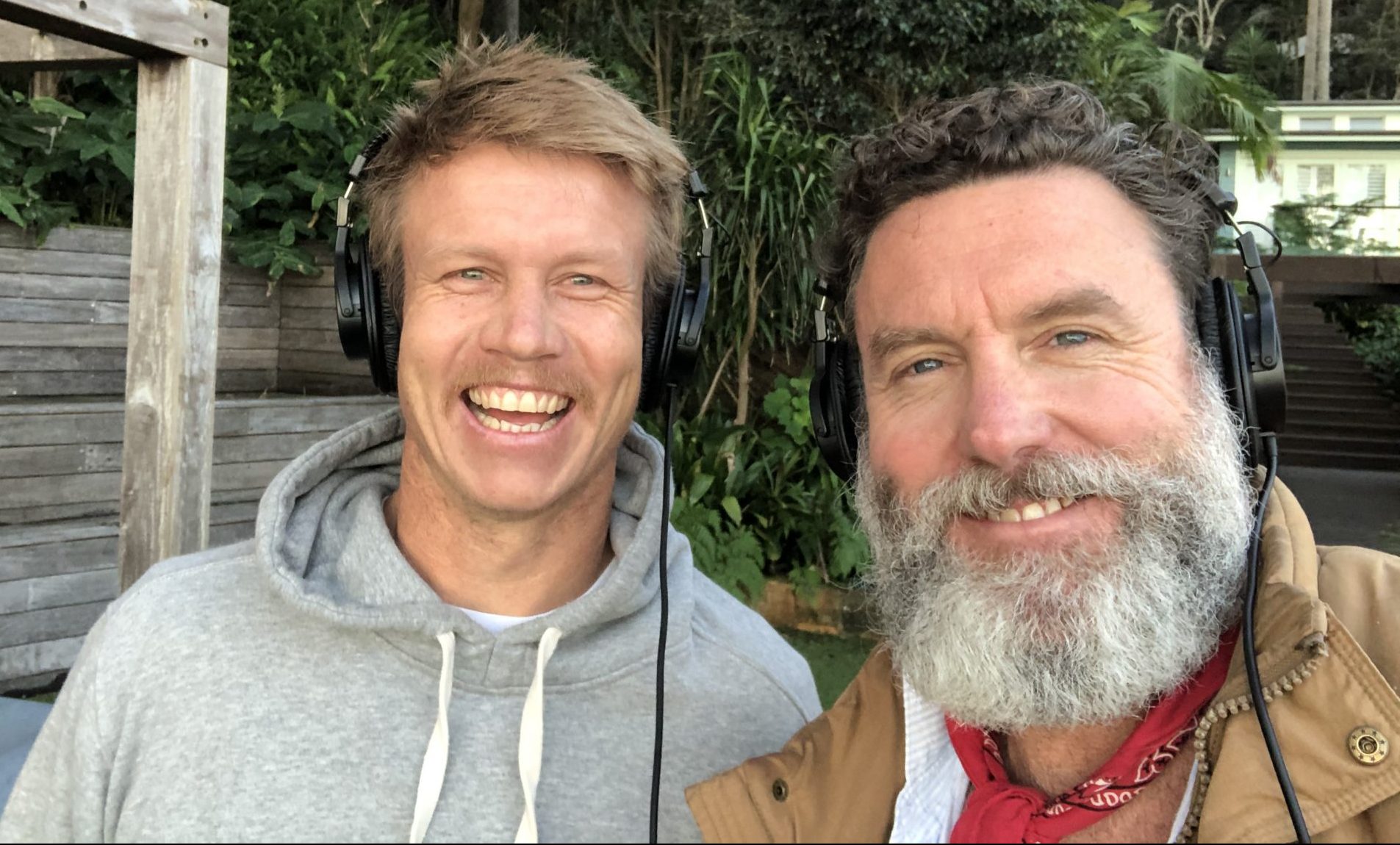 In this episode Charlie interviews teacher and mentor Tommy Herschell.

Tommy Herschell is well placed to facilitate workshops that break down the myth that men and boys can’t talk about their feelings and problems, given his own experiences as a boy and young man. In this interview he courageously dives deep into his past, from a reliance on alcohol to help douse the pain of various childhood experiences, to now facilitating workshops to help males rewrite their stories of what it is to be a man, and societies expectation of them.

Tommy and Charlie met a few years ago in Melbourne at a conference and Tommy’s first trip to Hanaminno was to bring Charlie a couple of bee hives | Pittwater in Sydneys Northern Beaches is where Tommy calls home | He grew up in Tugan, QLD, and had typical boyhood fun in the suburbs and surfing | When he was 10 years old things changed for Tommy when his parents separated – his reaction and way to deal with this was to get into trouble at school and telling tall stories etc | He had anxiety about everything and drinking became a crutch in his late teens | His woodwork teacher inspired him to be a school teacher | He traveled the world with a surf magazine where he met his wife Clare | Tommy doused his problems with alcohol like farmers douse their problem (weeds, pests etc) with chemical poisons | Best mate Bing called him on his behaviour | Tommy says Clare has no filter and see’s the best in people! | She calls him out, and had the courage to help him break his destructive cycle of behaviour | A victim mentality played a big part in his life | MATE – stands for Meet At The End, and is derived from the World War 1 | He realised he needed to do the work he’s doing now, it’s a way to give back and is a kind of therapy for himself | Find Ya Feet was born via the relationship he developed with Bastien Madrill who was dying of an aggressive cancer, Ewings sarcoma. Bastien taught Tommy many things about life and his appreciation of it | Tommy now works in many bush community’s, including Dubbo, Trangie and Narromine, and with Matt Hayden in QLD | The workshops Tommy facilitates explore the concept of ‘men’s law’, and breaks down the myth that men and boys aren’t meant to talk about their feelings and problems they are facing | In 2 hours Tommy Herschell adds a truckload of tools to a blokes belt for when they need that helping hand to start the conversation that ultimately saves lives. He does that by championing vulnerability, role modelling speaking up, and showing a real man puts up his hand for help. This workshop transforms the bloke who thinks it’s weak to speak into the champion who knows we go from zero to hero simply by tellin’ and owning our story!

‘We’re allowed to make mistakes…It’s how we come back from those mistakes that makes a man a man‘.