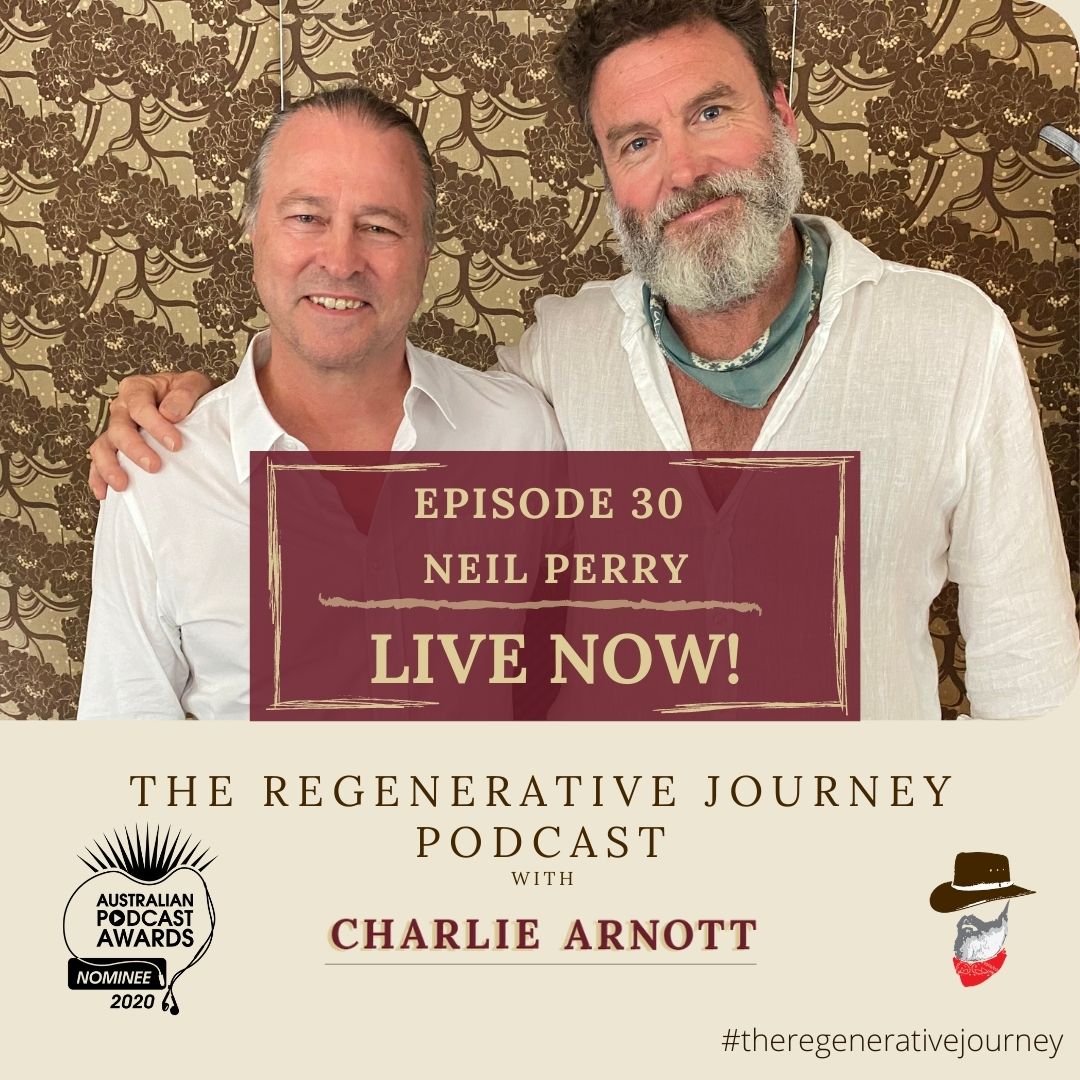 Charlie was able to grab the very busy Neil Perry for a quick interview at his iconic Sydney restaurant Rockpool Bar and Grill. Neil is a cornerstone of the Australia restaurant industry, with many chefs hats under his belt, a rich history of contribution to the trade and a keen supporter of farmers and artisan producers for many years. Topics covered include his early appreciation of the seasonality of food, development of his unique culinary skills, the impact of Covid-19 on the food industry and the opportunity he sees food playing in the indigenous reconciliation process.

Neil Perry is best known for his signature Rockpool restaurants | He has been and still is a mentor to many | Whilst now he spends much of his time away from the pans he still loves getting into the kitchen, the smell of open cooking fires and the energy of the kitchen | Neil’s Father was a butcher and Neil lived on George’s river Near Sydney, NSW where fresh seafood is in abundance | Neil grew up with fresh eggs, chickens, veggies, and was immersed in seasonality and freshness from a young age |’Great chefs of France’ cookbook was Neil’s first inspiration, including chef Michel Gerard | Neil was the chef at Barrenjoey House at Pittwater, Sydney at the end of 1982 and one of the first chefs to reference the producers on his menu | The best dish starts with best ingredients | His genius is getting best out of people | Reconciliation has gone off the rails in recent years and Covid-19 has over run the climate movement | Australia has a wonderfully diverse culture, and this is represented in its food culture | Rockpool Foundation is Neil’s charity that raised the money to fund Hope Delivery which  | Finding staff is the only matter Neil is concerned about right now when opening a new restaurant due to lack of international students, and work visa holders as a consequence of Covid-19 and the restrictions on travel | There is a movement away from importing overseas produce as Australia is growing more of these once hard to find products | Neil uses vegetable or peanut oil when cooking Asian food otherwise he uses olive oil | Copper pots are beautiful to cook with! | His Qantas involvement is increasing as flight restrictions ease and more ‘bubble flying’ will take place | Neil’s new cookbook is due for release in October 2021| Neil reckons Aust. Domestic flights food is some of the best in the world! | If Neil could put a sign on a major highway it would say ‘We are one’ | Neil is a firm believer in the mantra of ‘Community comes first’.